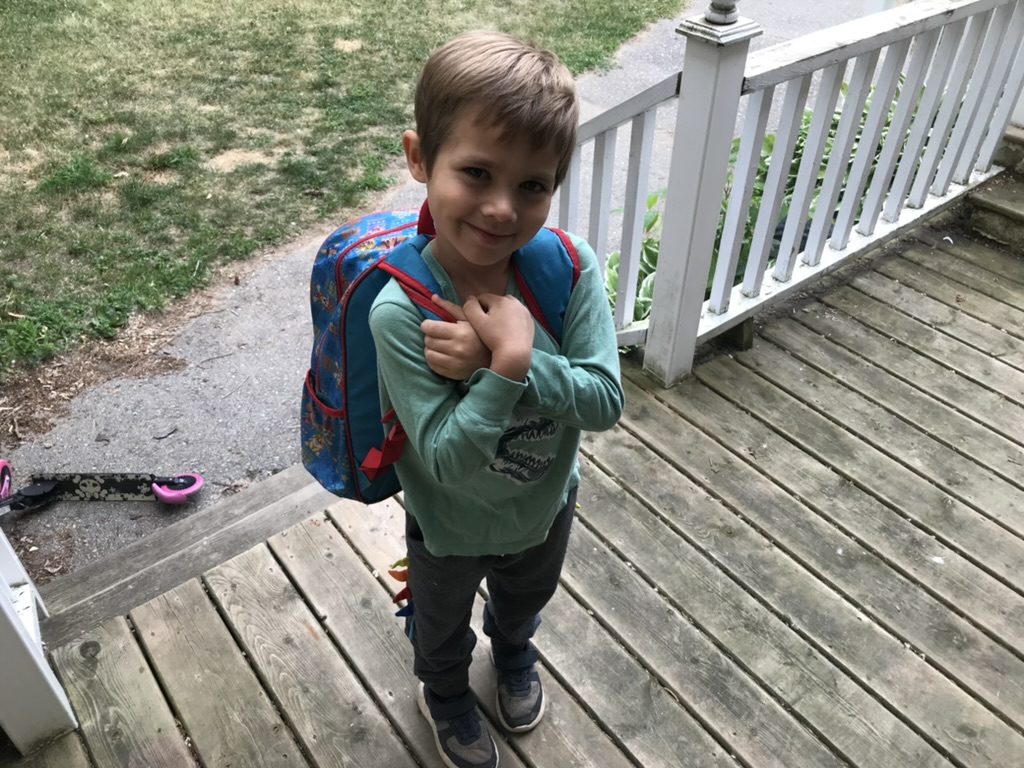 Jensen started his first day of summer camp today. It's over at the school, and he's got people he knows there. He wasn't too nervous, but he had a bit of a rougher day than normal. He apparently has a case of hand foot mouth, as he has blisters/rash all over his arm and leg. It's itchy and bothering him. As a precaution, we put bandaids over almost all of them on his arm, and Bekki gave him some Benedryl, which she probably shouldn't have, but what happened happened. It can cause severe drowisness and disorientation, so I was pretty worried he was going to ... fall asleep, get confused, get scared cause he felt high, among other things. It all seemed to go okay, his teacher reported that he almost fell asleep in his chair but eventually came around and snapped out of it.

Bekki is going to a work thing tomorrow morning in Toronto and I'll be home alone with the kids for the morning routine, breakfast, getting everything ready for school and daycare, and then taking the kids. Then I believe I have to pick them up, do the dinner thing, and then they're going to Bekki's parent's for a sleepover, as it's Jensen's last day of school, and they were going to go there to hangout during the day Thursday, so it's okay for them to sleep over. 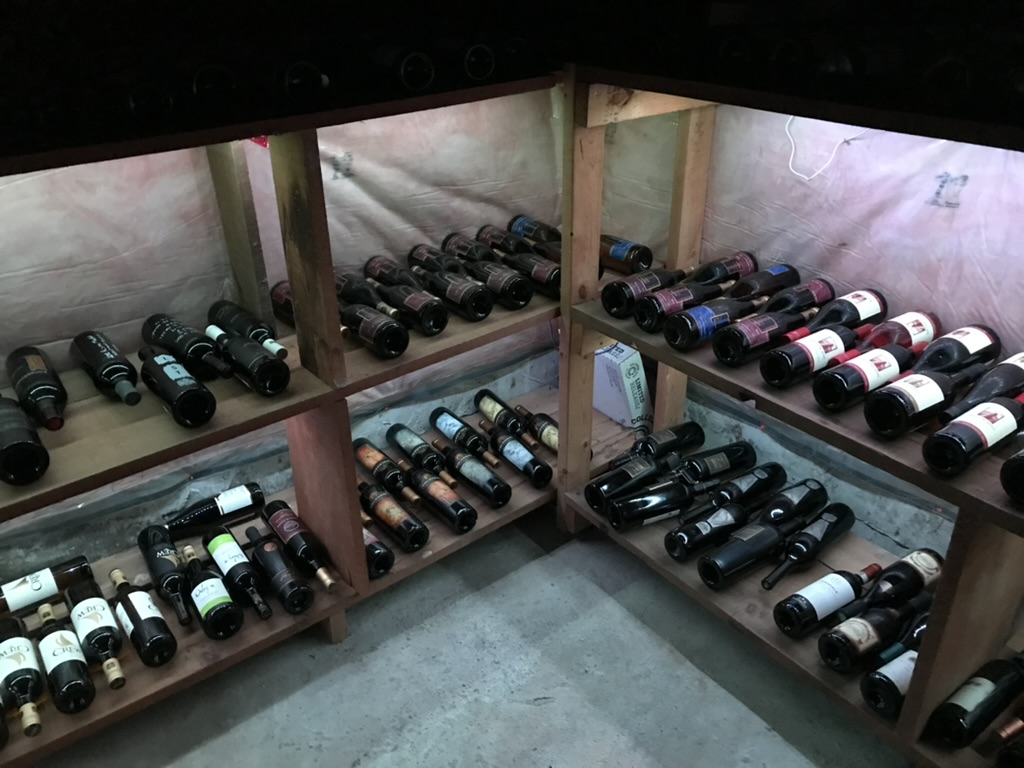 I had a pretty rough few days - the end of last week into this start of this week. It was so bad I had to take some days off work to just try to decompress and figure out what I was going through. I pretty much just played Final Fantasy 14 for both my Thursday and Friday as a means to escape and it did help a bit. 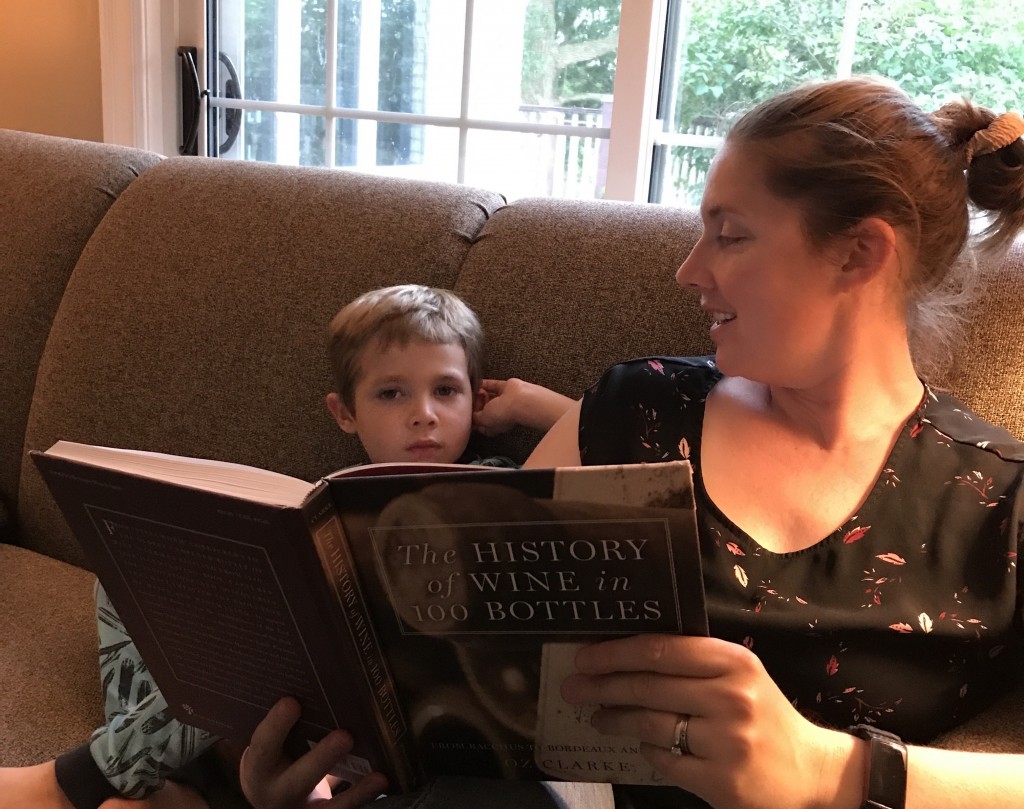 Today was absolutely brutal. I had an on again off again headache all day, being worse in the morning, getting better and then getting very bad again after dinner. I feel so exausted that I can barely function. I tried to play some Final Fantasy 14, but I was so tired I had to stop. I sat down to watch TNG before bed, and to write this, but I can't bring myself to say much else.

I had a really bad sleep last night, waking up a lot, Ollie waking us up constanly, and then I woke up with a headache that quickly became a full migraine. I took my second last migraine pill until July and barely made it out the door to take Ollie to daycare. 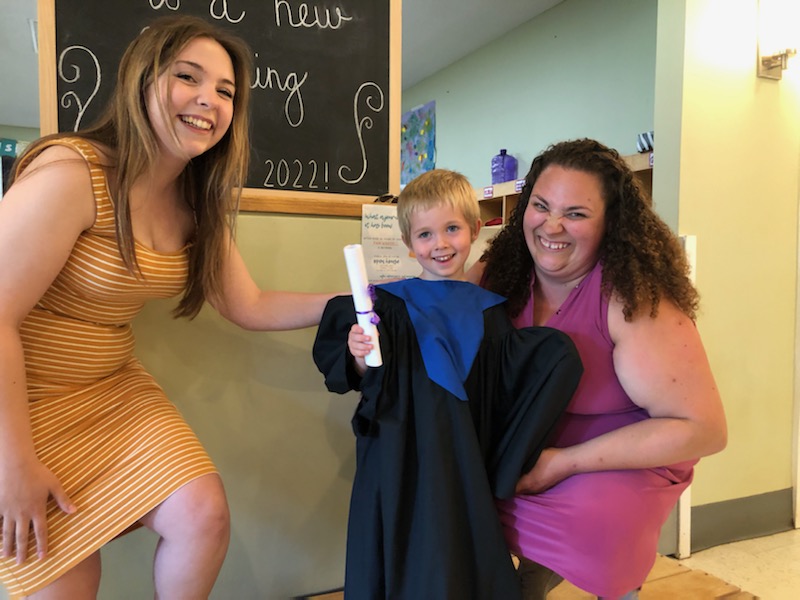 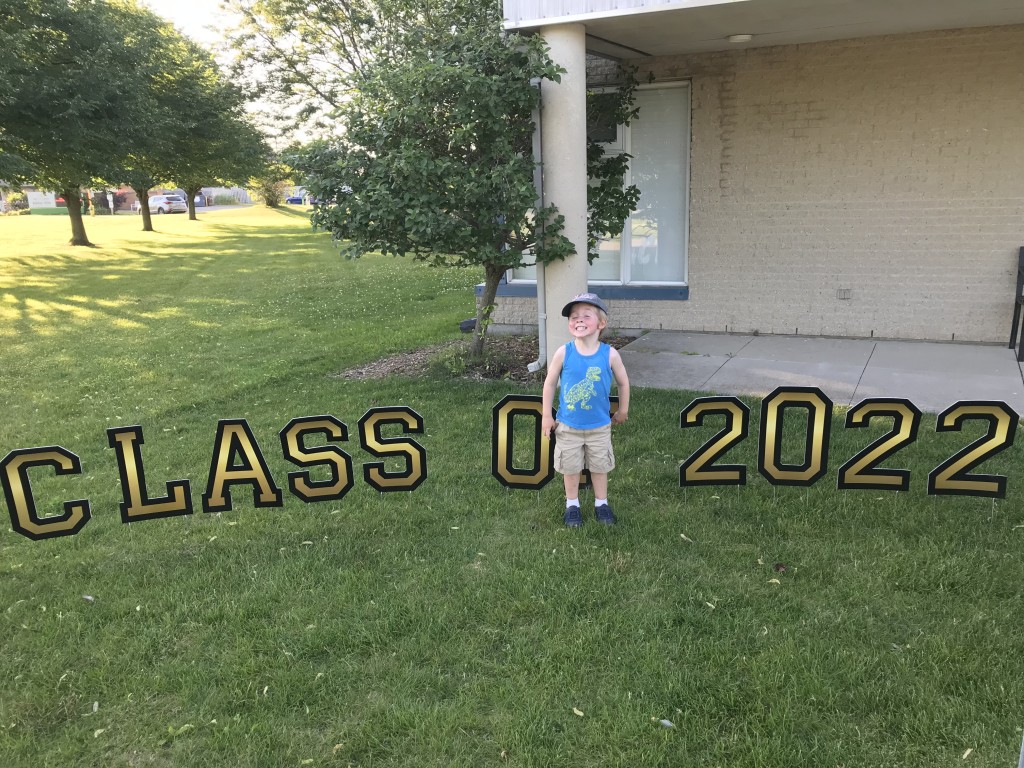 Today was Ollie's graduation at daycare. This doesn't mean he's done or anything, he still has to go until the first day of school, but this was a celebration of his time there and his moving on to school in September. After dinner today, we went to his graduation and it was great to see him in front of everyone. He came out for his "diploma" and to pose for a picture, and he did great with that. I could tell he was nervous, but he copes well. He then came out afterward to sing a song with a class and it was chaos but in a hilarious way. The entire time he scratched his eye, the kids in his class acted out or didn't sing, but it was fun anyway.

Back In The Fantasy 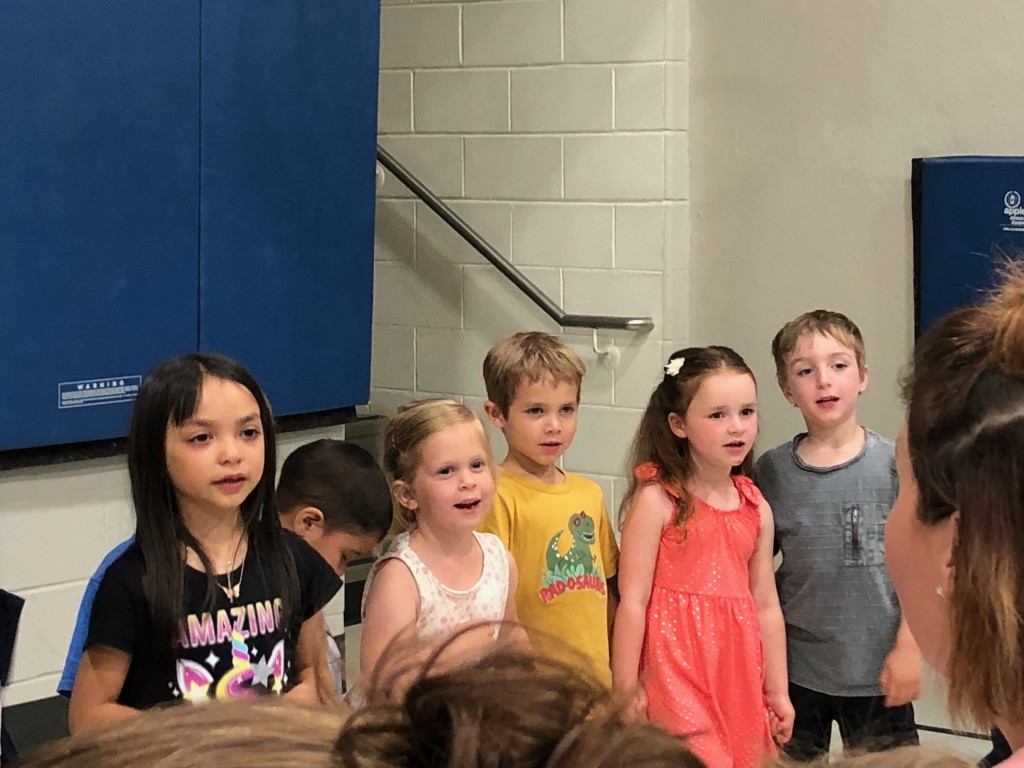 Today was a hot one. I spent about an hour and a half or something in the pool today, and it was "feels like 42" or something.

I went to sleep slightly earlier last night, but was woken up by Jensen having a tantrum at like 3:00am because he had a bad dream and wanted to sleep in our bed and we don't let him do that. He would not let me go back to sleep, so I went down into the basement and slept on the couch. While I was up, I had a headache, and I was starving, so I think i remember eating a slice of toast and a glass of water, but it's kind of fuzzy. I laid back down and had an awful rest of the night sleep, with everyone sleeping in late, the morning was more stressful than most.

I am absolutely and absurdly tired. I didn't think I got that bad of a sleep last night, but thinking back, I went to bed too late, and Jensen woke me up too early, so I guess that explains it. 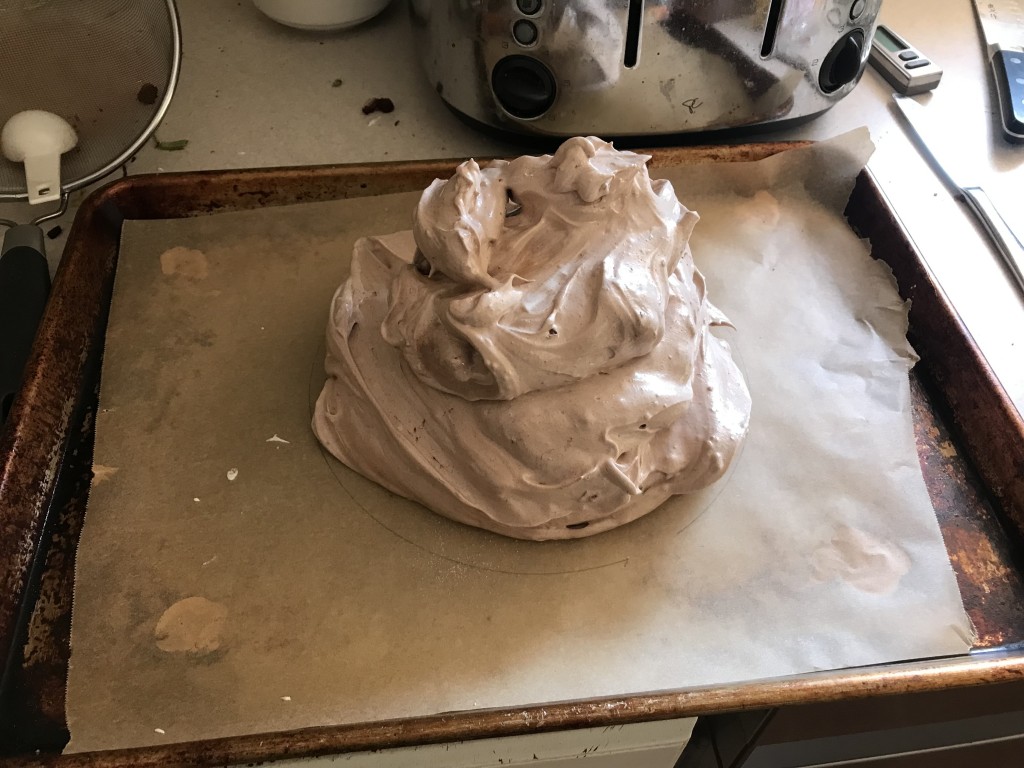 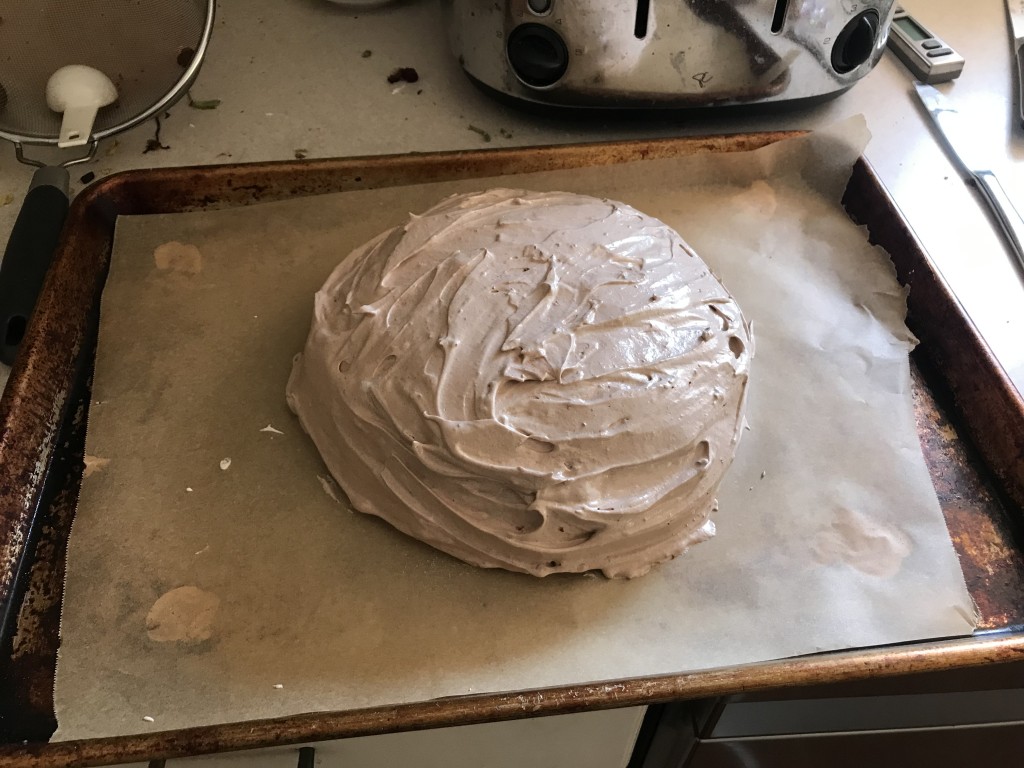 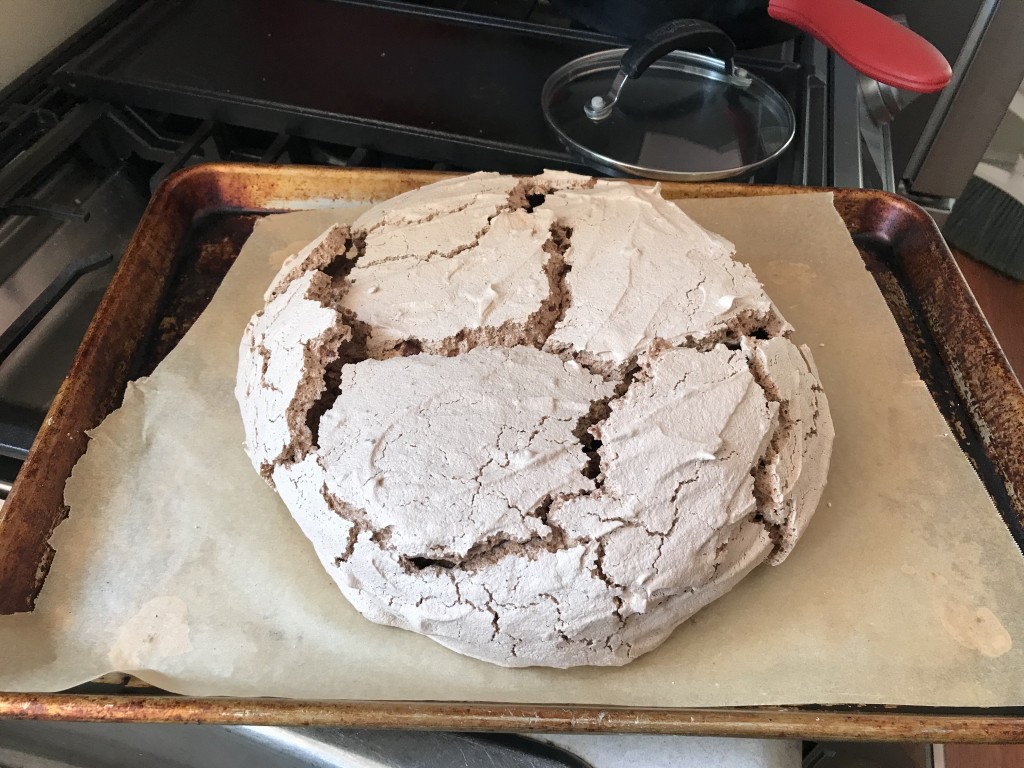 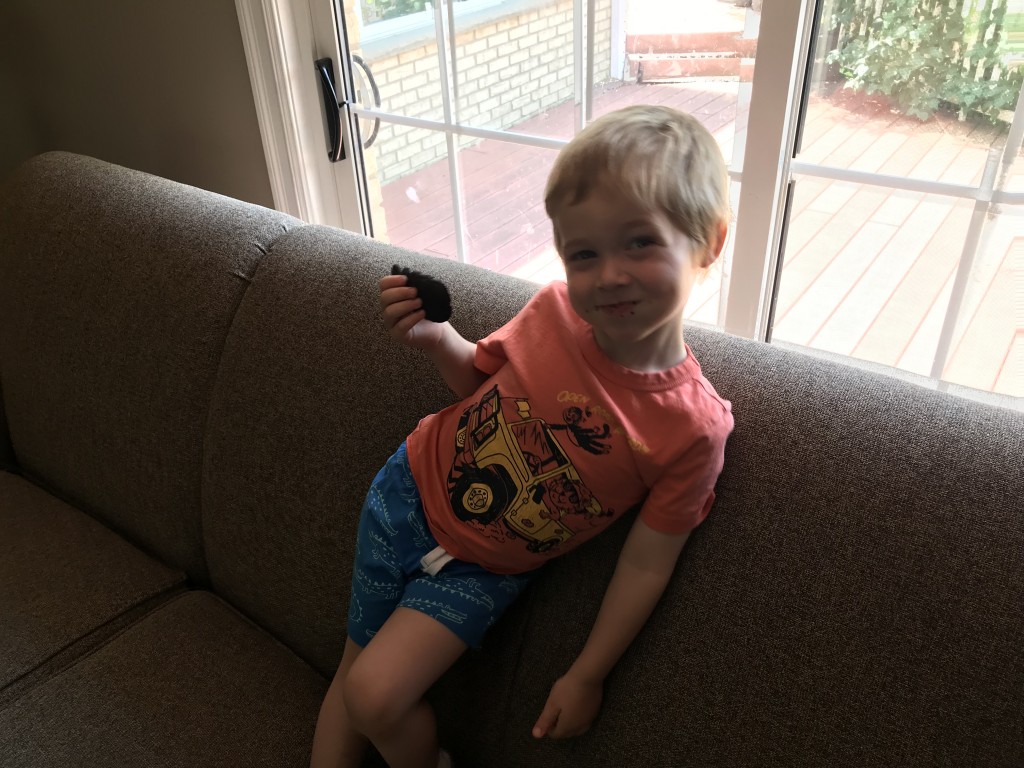 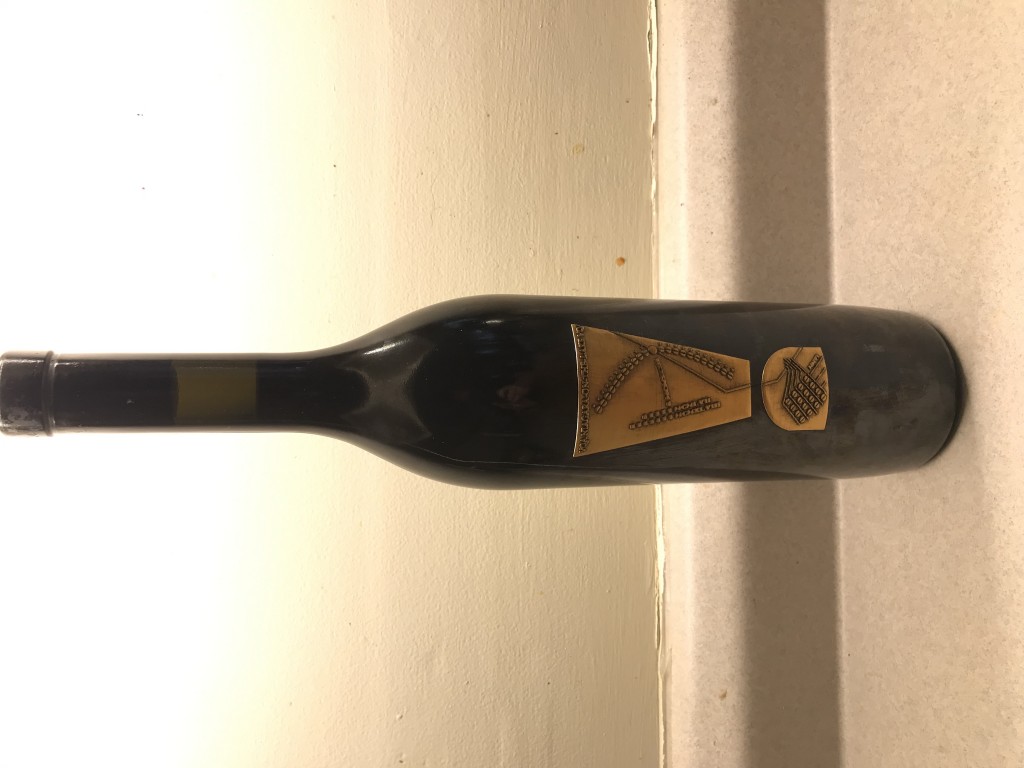 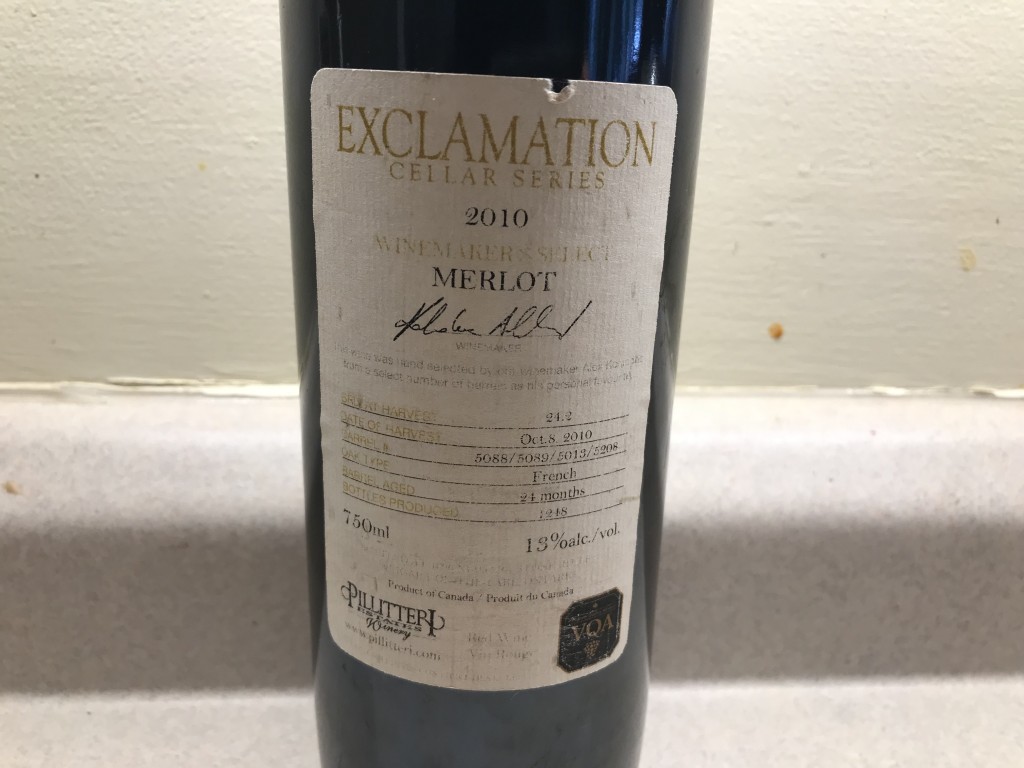 Today was my birthday and I'm now 38 years old. I'm sure I could sit and write about the history of my life and where I've been and where I'm at now, but the time doesn't feel right for that right now. Instead, I'll simply write about my day.

Well, This Is Random